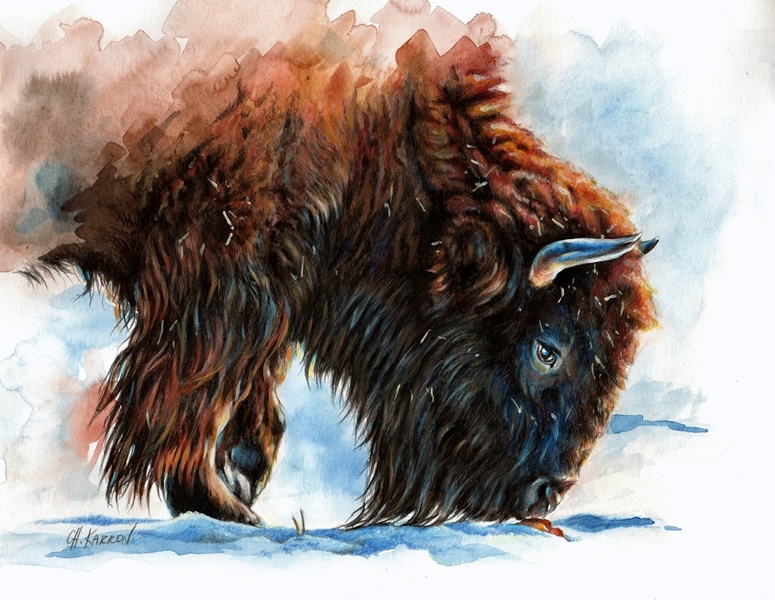 Christine Karron is a Canadian full time artist and illustrator.

Christine was born in 1971 in Tallinn, Estonia. Her exceptional drawing skills were discovered and supported by her parents from a very early age.

As a child Christine was accepted into the Tallinn Art School for Children, in Estonia, and later, after her family moved to Germany, she attended and graduated from Technical High School focusing in Art and Design.

In 1998 Christine signed a contract with one of the leading publishers in Germany, and started to work as a full time freelance artist specializing in illustration. Other contracts and publications followed.

In 2008 Christine with her husband and their three kids moved to Canada. While improving her English, Christine experimented painting in different media, styles and techniques, and started to sell her paintings online. Christine was offered to illustrate her first children’s book in 2013. A few other book projects followed since then.

Currently Christine focuses on book illustration, paints between the projects and shares the process on her YouTube channel.

To see more about Christine’s work and books visit www.chkarron.com 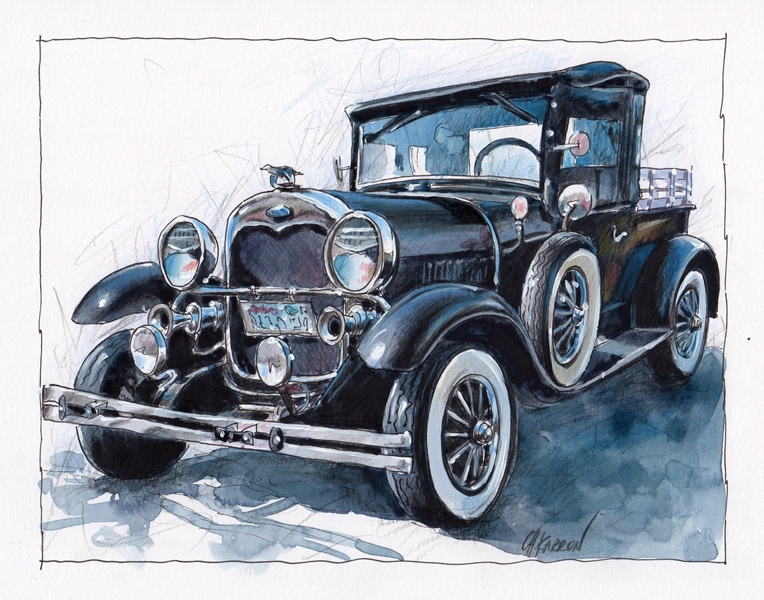 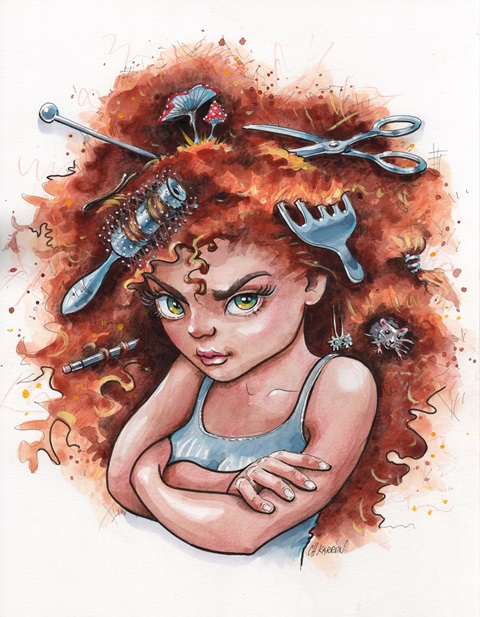 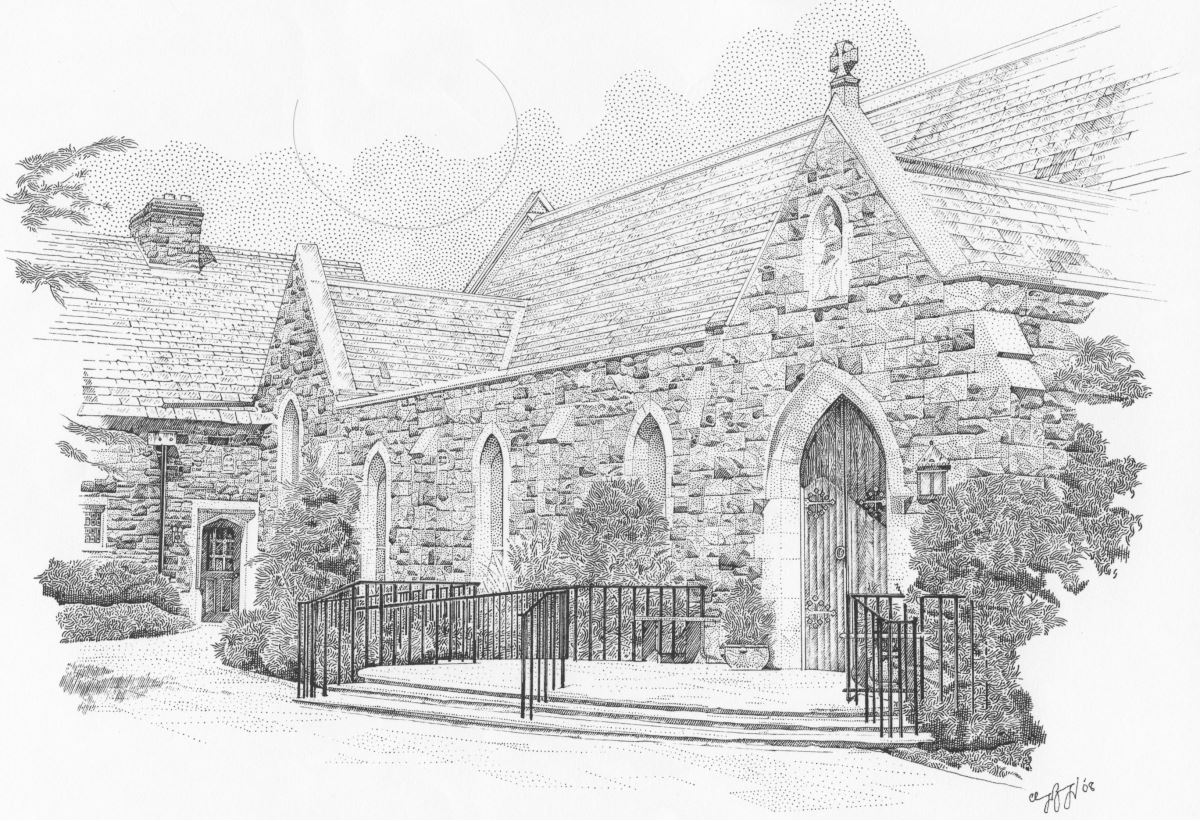 Chris Breining was born in 1961 and has been drawing and painting on and off his entire life. He is a self taught artist and uses 3 mediums: pen and ink, graphite,and watercolor. 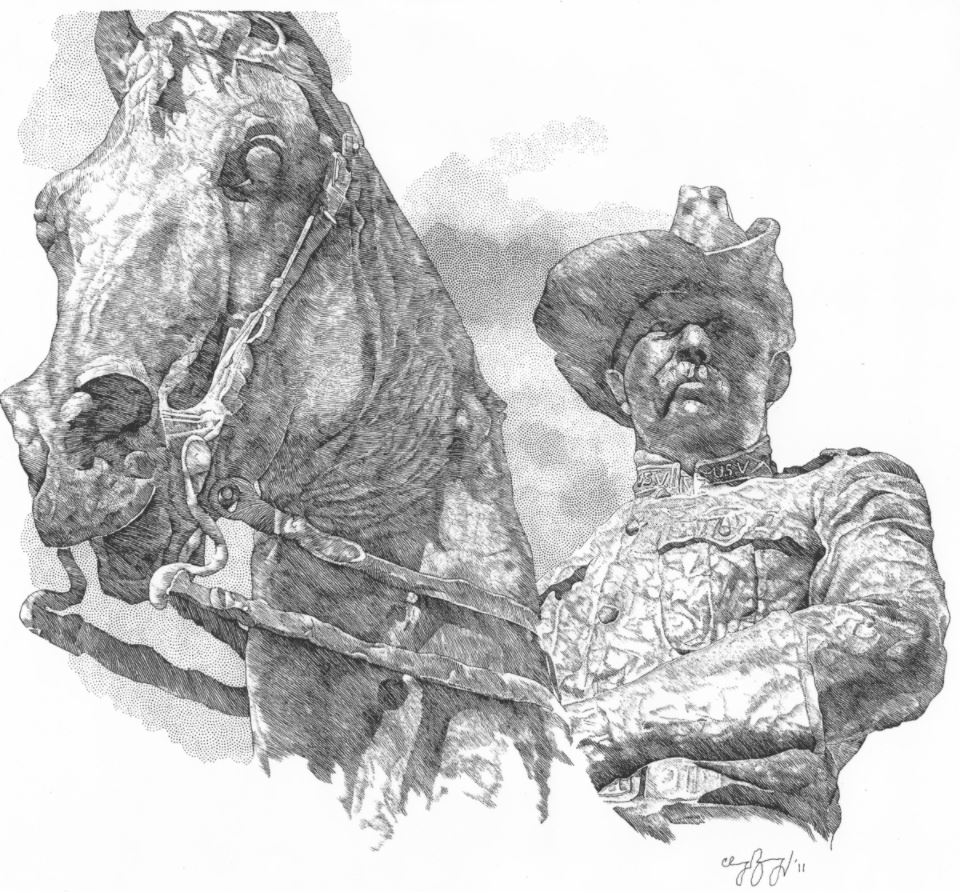 Chris uses Strathmore 500 Series Bristol Vellum paper for his work. He also uses both Staedtler and Uchidia disposable pigment liners as they are reliable to draw with and don't clog. He begins a pen and ink drawing with a preliminary outline on tracing paper using a 2H drawing pencil. Chris feels tracing paper provides a surface more suitable for erasure than conventional paper. He then makes a photocopy of the outline at the darkest setting, giving the outline maximum visibility and transfers it using a light box and 5H pencil  to the Bristol paper where he ultimately creates the final drawing. He uses both an 8x loupe and a rectangular magnifying glass for detail. The drawing from start to finish is a lengthy process, often taking 40 or more hours to finish. 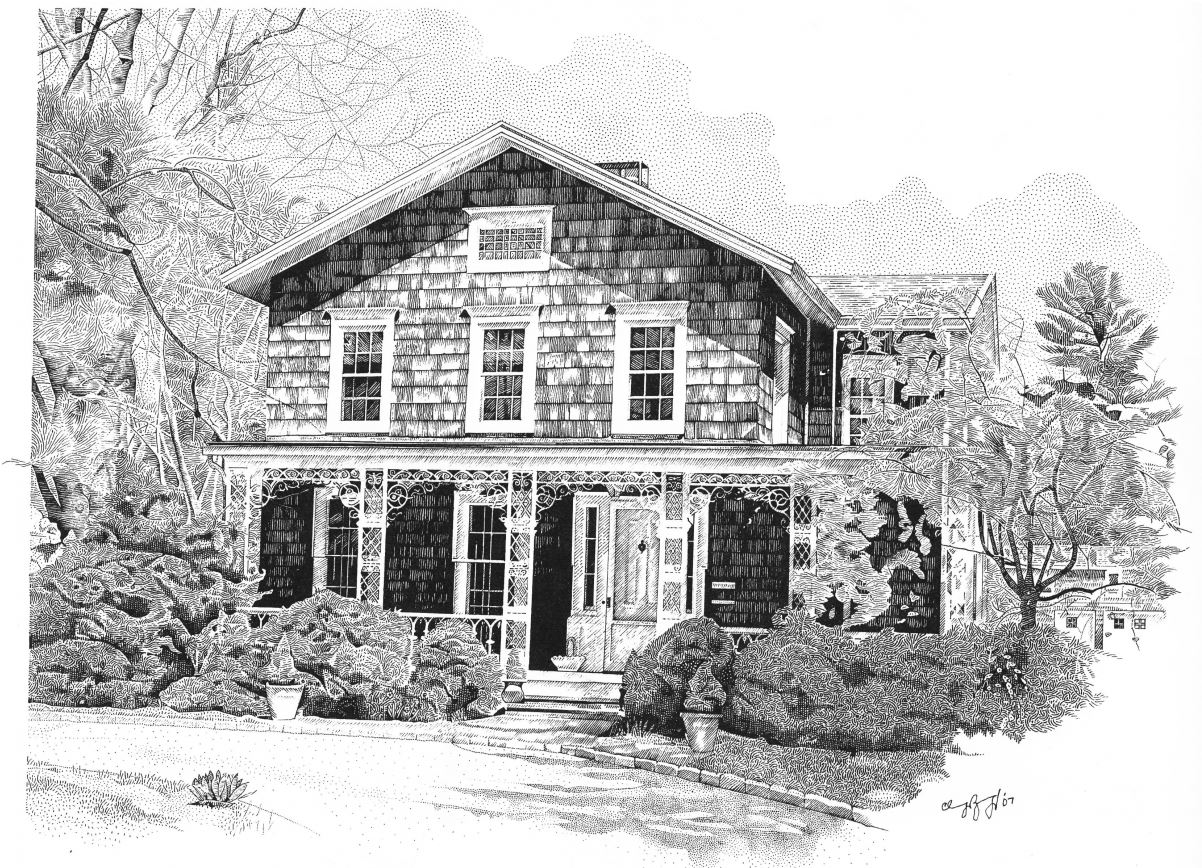 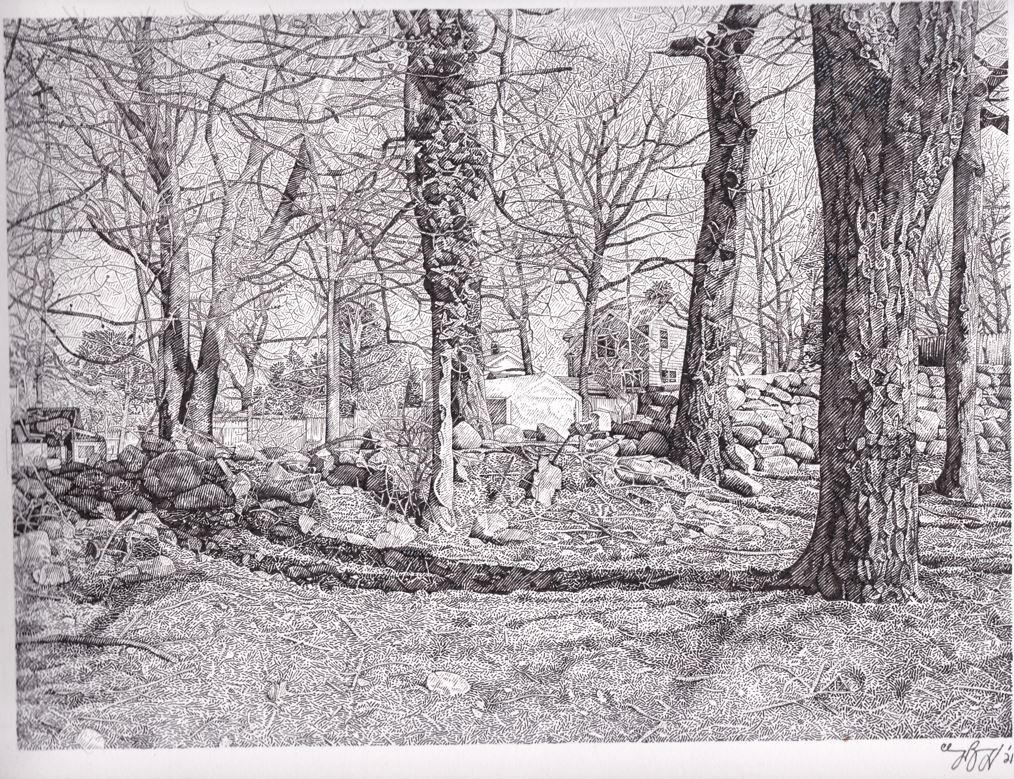 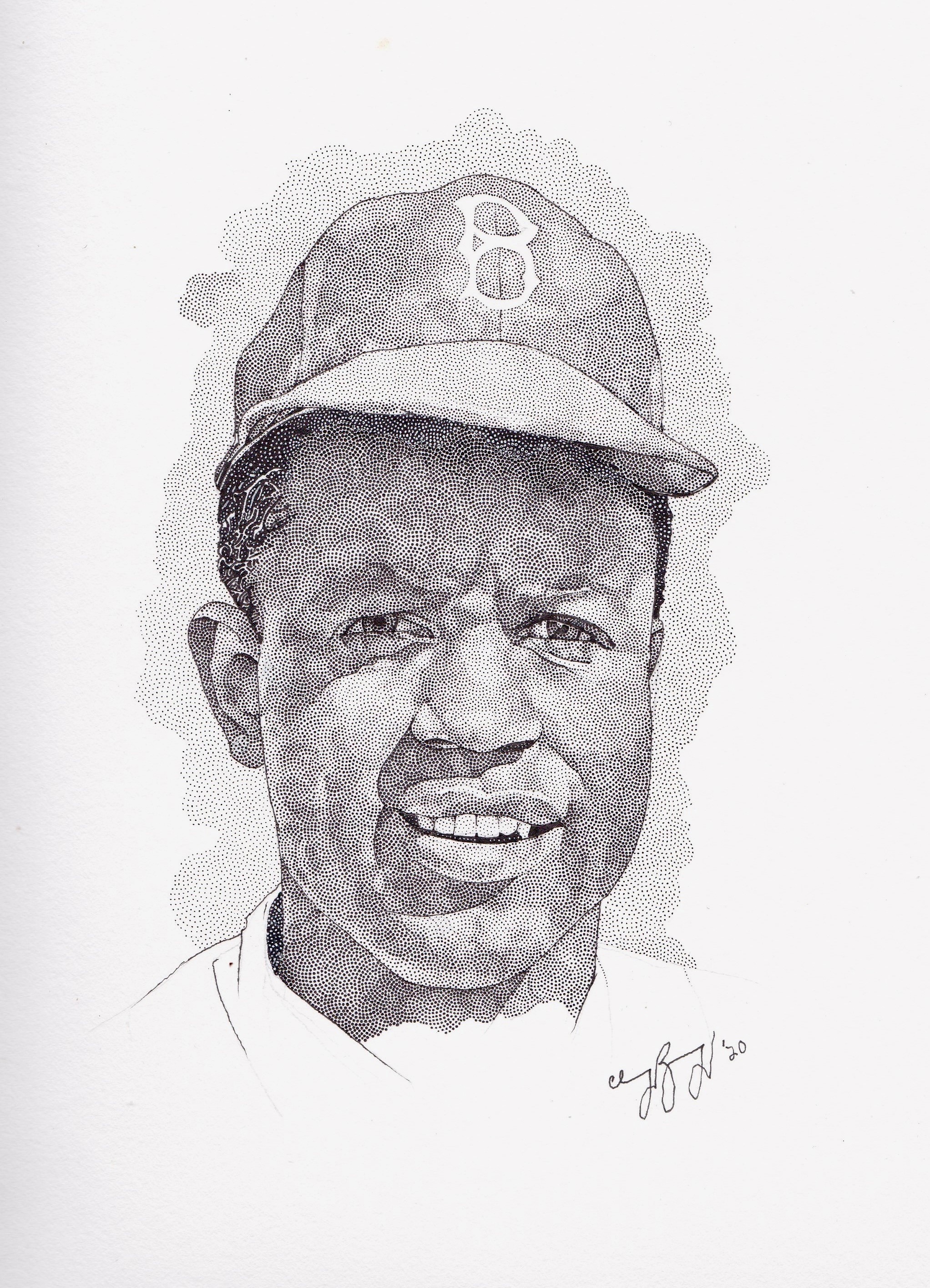 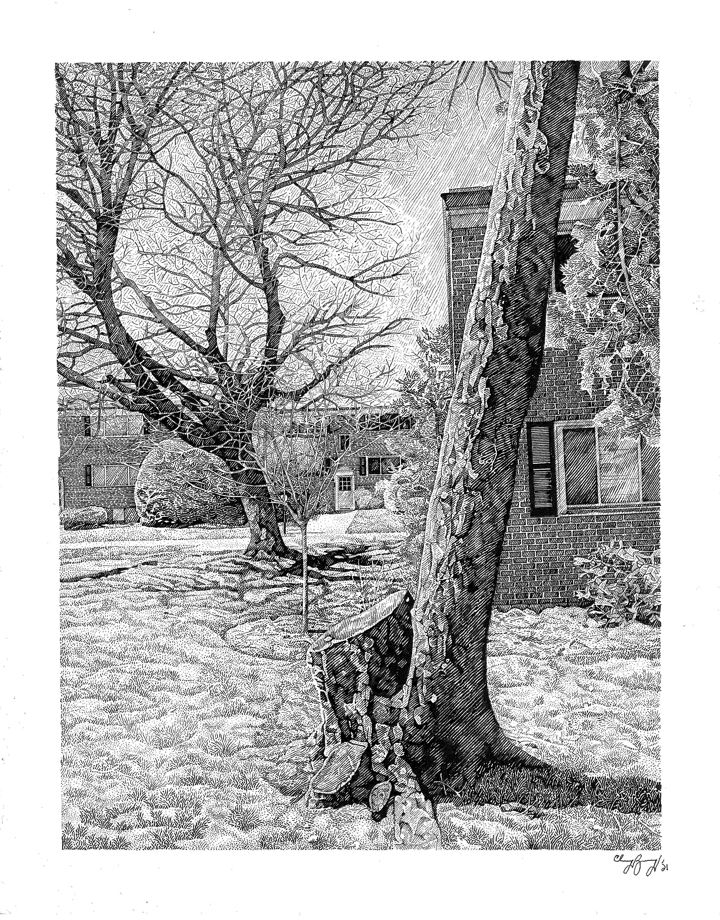 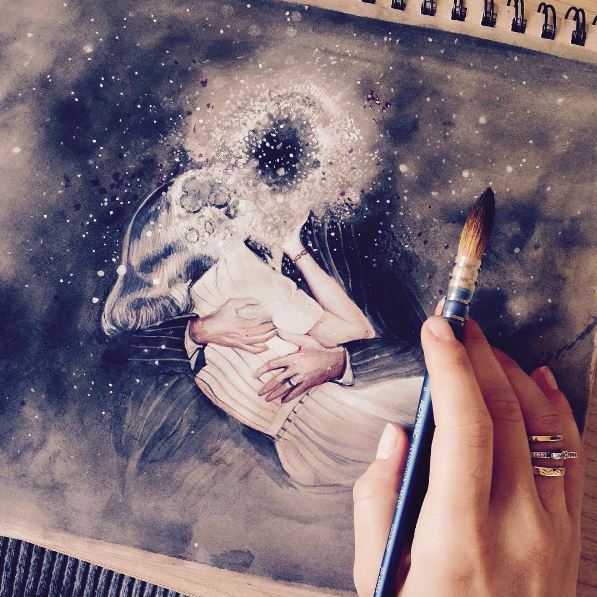 Georgina Kreutzer has been honing her expertise in fine art since childhood. Her artwork is typically recognisable by ethereal textures and a soft palette, juxtaposed with instances of metallics, high detailed still-lifes, and bold photo shoot style portraits.

Although Georgina identifies as predominantly autodidactic, she attended the National Art School in Sydney for a selective, intensive programme in 2009. Late in her undergraduate degree she began posting work to an Instagram profile, which gradually gained interest, and amassed a following of other enthused, creative individuals.

Her work has been exhibited in Sydney, Byron Bay, and the Gold Coast, and many originals hang in homes in Australia, New Zealand, UK, USA, Canada, Germany, Spain, Mexico, and the UAE.

She currently lives in Sydney, and between studying the Master of Architecture at USyd spends much of her time completing custom artwork commissions and exploring the city.

Georgina is also one of our 2017 Online Workshop Instructors! Check out her class on Ethereal Mixed Media on Toned Paper! 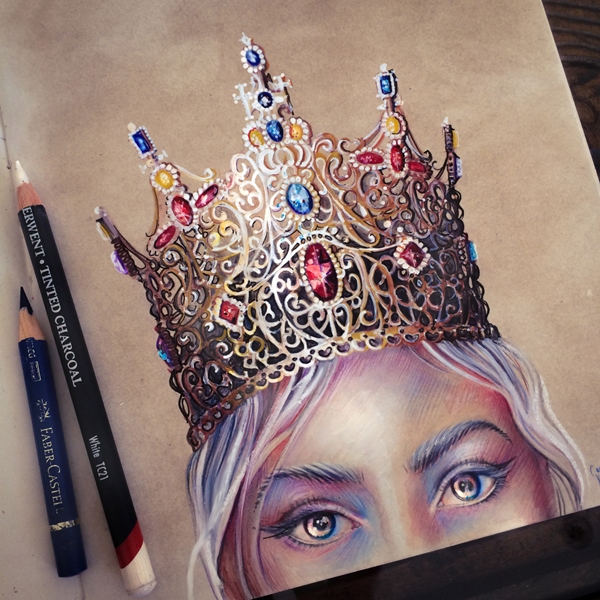 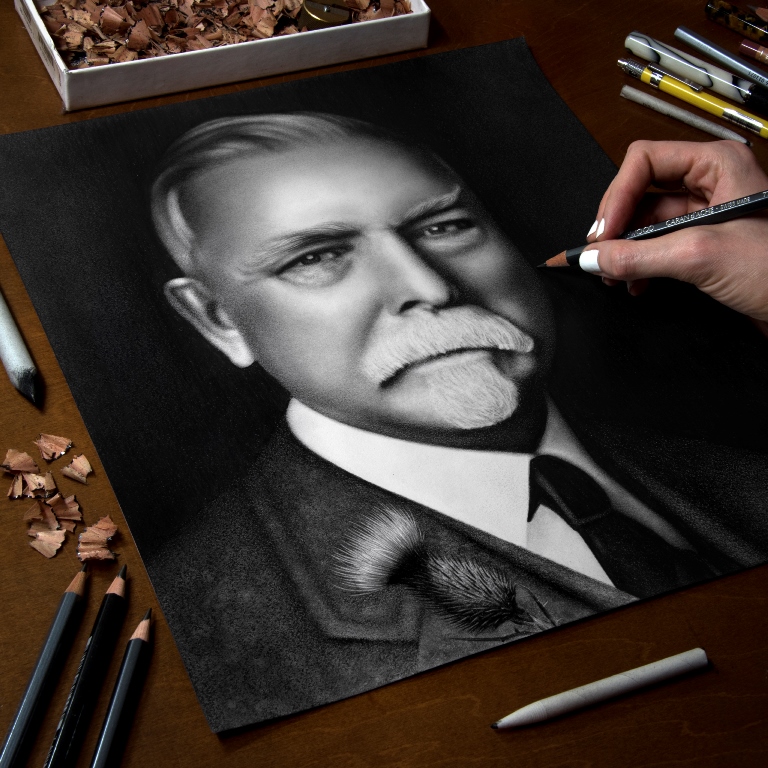 After the first portrait I drew in my high school art class, I became captivated with the challenge of photorealistic drawing and the meticulous attention to detail that it required. The labor-intensive commitment to photorealism caused me to feel driven to continue improving my technique. In college I spent a majority of my free time drawing portraits with colored pencil. Being in the age of growing social media platforms, I decided to share my lengthy process online through time-lapse videos. I began drawing and filming portraits of people that a broad audience would be familiar with, including celebrities, athletes, and public figures. To my surprise, my work began to attract a large audience, with videos surpassing 1 million views. Along with my studies as an art student, I continued doing this throughout my college career. This generated a large global audience for my work, with over 1 million subscribers.

I received my B.A. in Studio Art at Emmanuel College, in the vibrant city of Boston, Massachusetts. 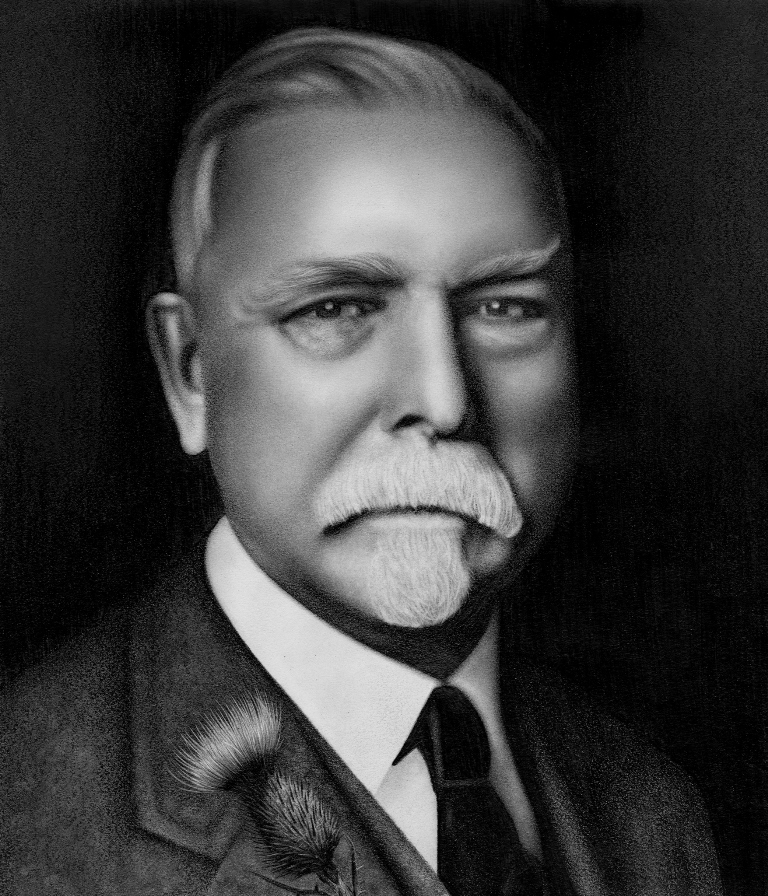 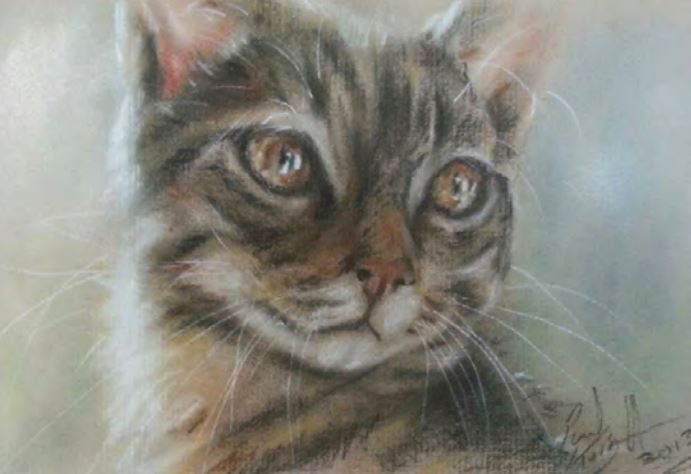 Paul was born in 1965 and lives in Nottinghamshire, England. In 2007 he renewed his interest in art, and after a period of two years decided to pursue art education by enrolling in a Fine Art degree course at Nottingham University.

He continues to work on the degree course, and while taking a break from it, he has set up a small drawing workshop. This has driven him in the direction of developing a traditional method of cast and still life work that incorporates modern concepts. Paul is very interested in modern American artists who show a resurgence into Realism. He attributes this to the fact that he did not take technique based drawing courses or workshops in the UK.

Although he is inspired by the “traditional great masters,” he is just as much inspired by modern American artists and says “their so-called outdated classical approach is still very much alive and thriving.” This has given him the confidence to develop in the direction of a traditional style with modern conceptual thinking for his work and his drawing workshops.

Find out more about Paul here. 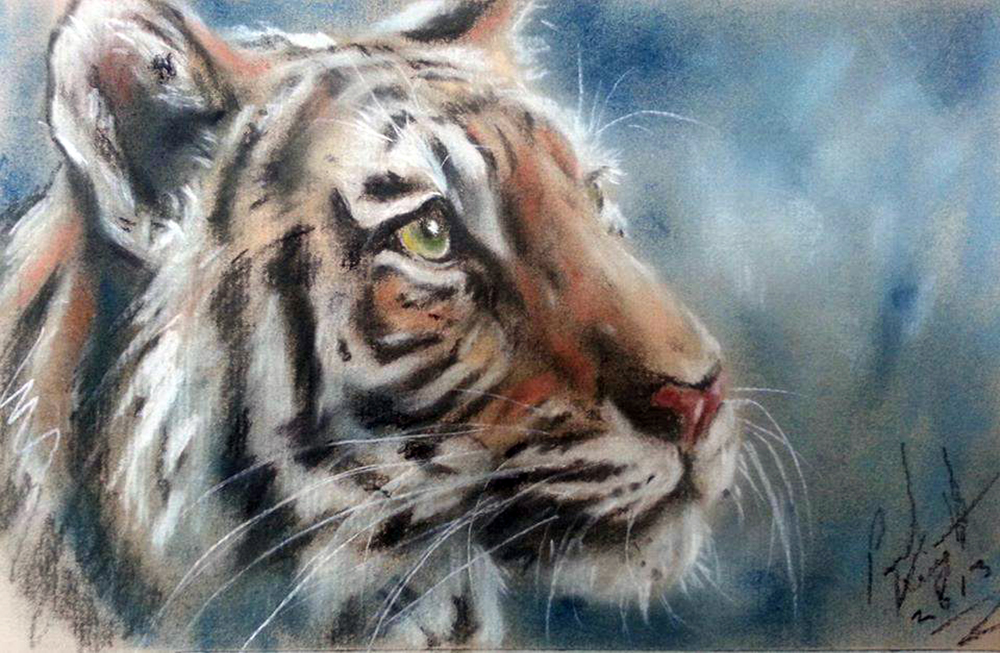 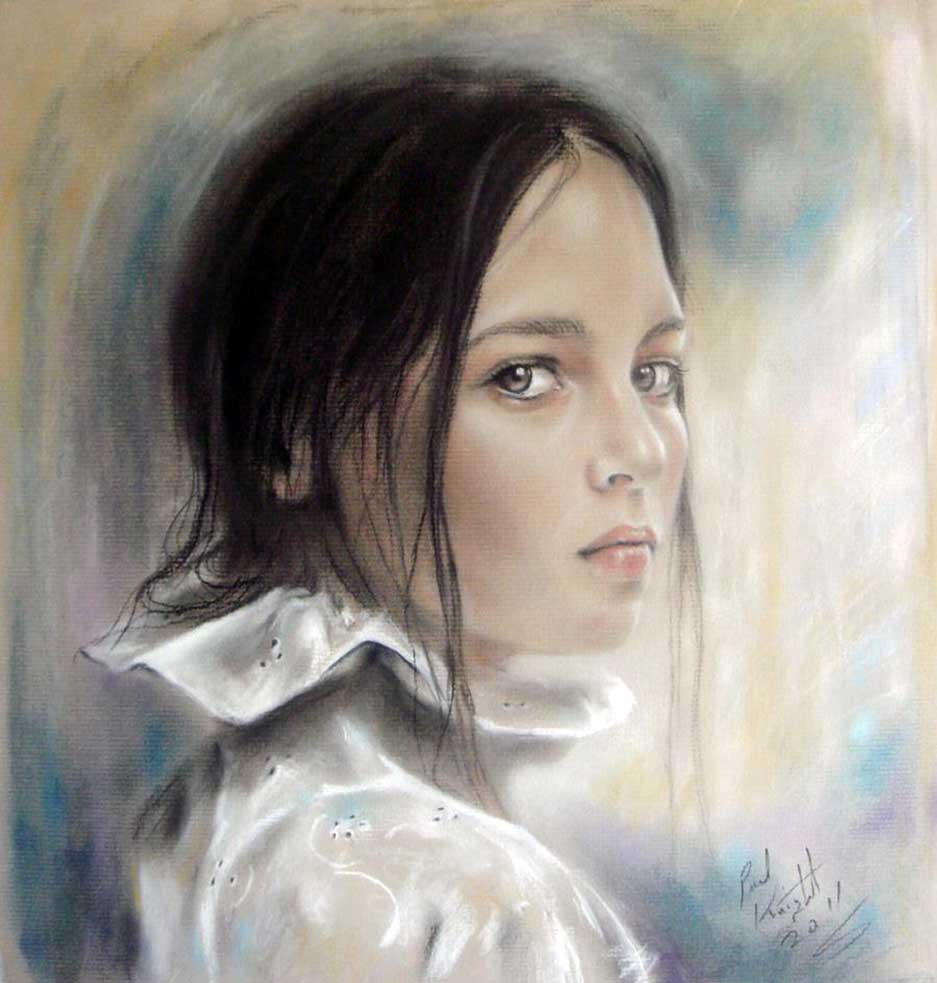