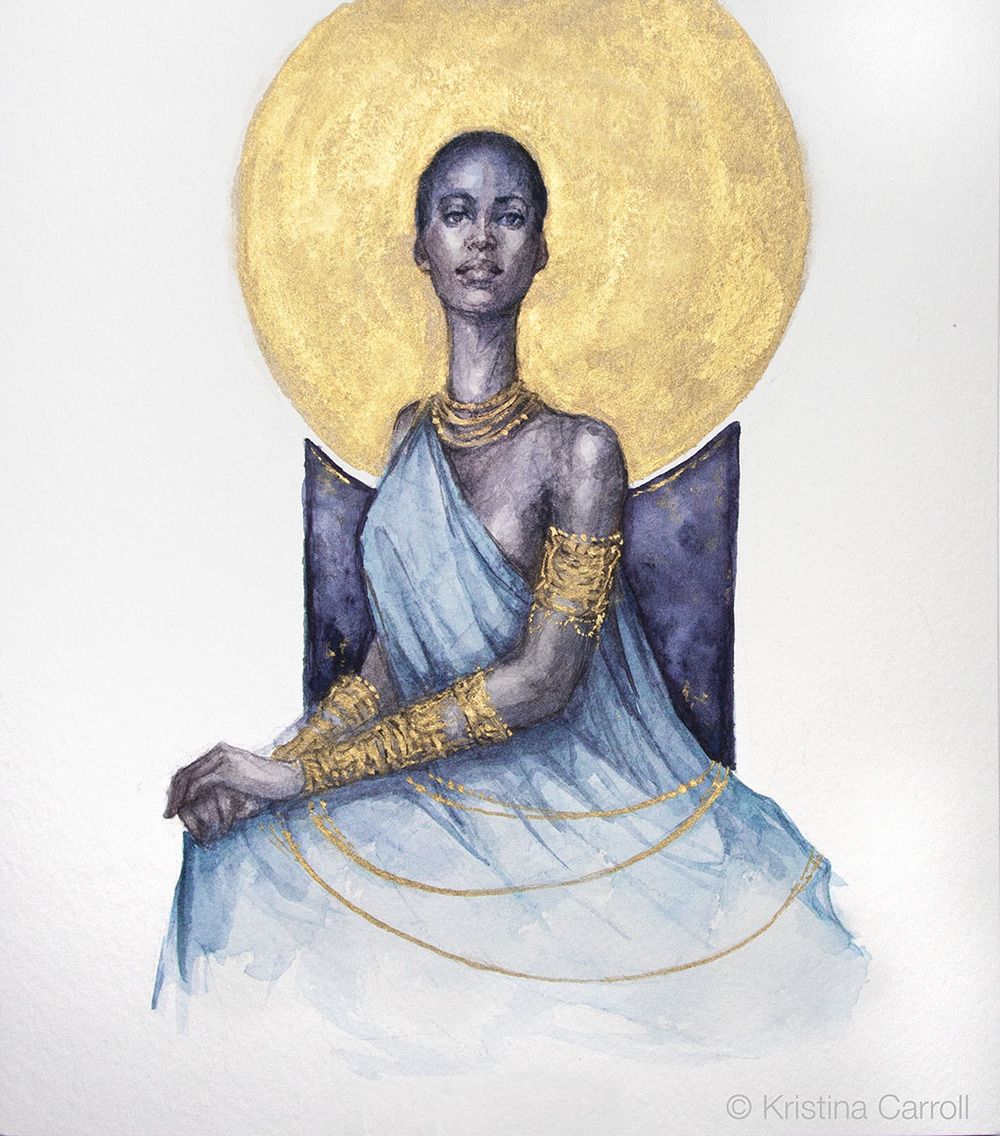 Kristina Carroll received her BFA from the School of the Visual Arts in New York City and  now  works out of Boston as an illustrator and fine artist.  She  has shown in Museums and galleries across the US and worked for clients such as Wizards of the Coast, Alderac Entertainment and Fantasy Flight Games.  She was awarded a Bronze Medal from Illustration West,  was a finalist in the Art Renewal Center Salon and has also been  included in the Leurzer’s Archive of 200 Best Illustrators Worldwide.   Kristina has taught a variety of courses at colleges around New England and currently teaches in the illustration department at Montserrat college of art.

Her work can be seen at www.kristinacarrollart.com 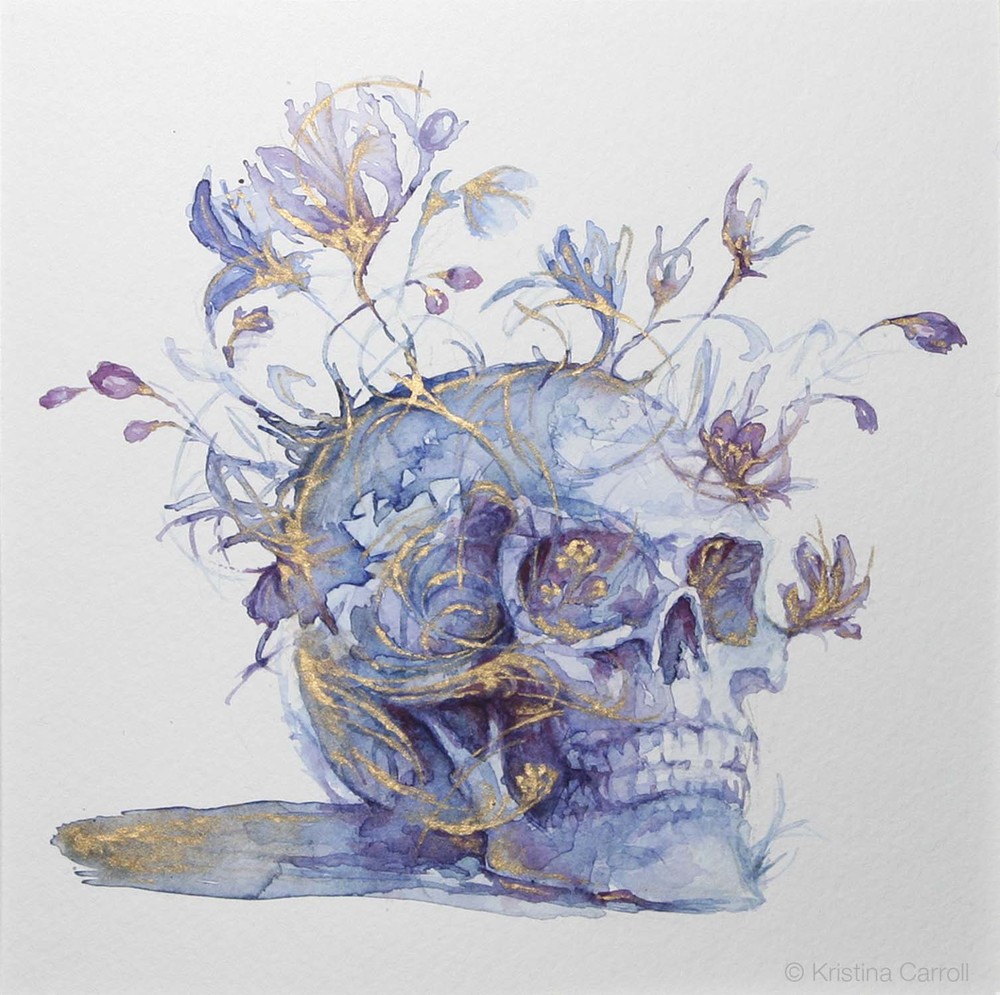 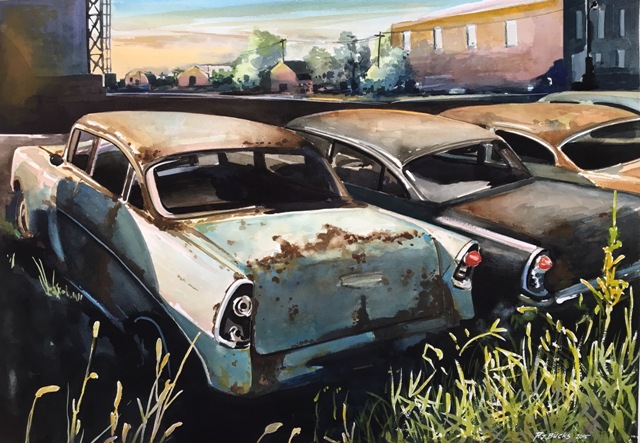 Peter Johannes Bucks was born in the city of Chicago in 1971 and grew up in the neighborhood of Albany Park located on the city’s North Side. Peter’s father, also an artist, and an immigrant of Germany was trained in the traditions of the German Impressionist Heinrich Deege. While growing up, Peter was taught the fundamentals of perspective and proportions.

In 1989 Peter Bucks submitted a still life in the medium of watercolor for the Fifth Congressional Art Contest and placed third overall. The painting was exhibited at the Art Institute of Chicago, and Peter was awarded an American Flag which was flown over the Capitol in his name. In fall of 1990 Peter Bucks was accepted at Ray College of Design and studied to become a professional artist under the supervision and teachings of Fine Artist, Bruno Surdo.

While studying, Peter was also instructed by illustrators Thomas Gianni, Kurt Mitchell, and Fine Artist Don Pollack. In Spring of 1994 Peter graduated and began a professional freelance career illustrating for various companies and agencies in the Chicagoland area. In 1996 Peter achieved a full time position at Skyline Design where he learned the principles of building stain glass windows, sandblasting glass, faux finishing, and painting large scale murals. Many of Peter’s commercial works from Skyline Design are scattered throughout the United States and Europe.

Currently Peter has been working on private commissions, and on various illustrations on a freelance basis. Peter is also currently an associate member of the American Watercolor Society. 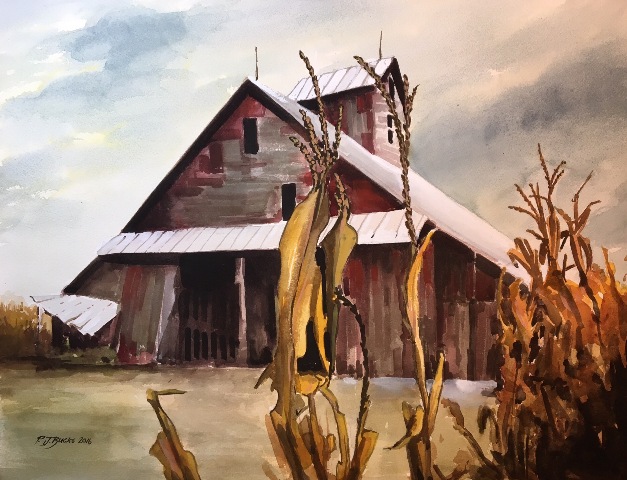 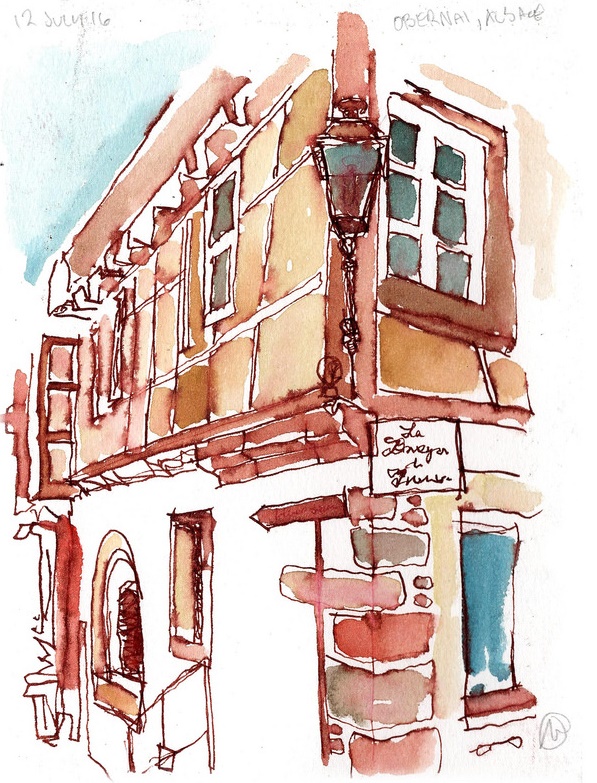 I consider myself to be a student of the world, happily ignoring any attempt at “photographic” representation. In fact, I’m quite content directing my attention toward the mood or quality of a particular place and moment. The energy of a mark or brush stroke is more interesting to me than the labor of highly rendered “finished” pieces. A decision to leave such preciousness behind has been a conscious one, as was the choice of simple tools used to realize such expression: a fountain pen, a tiny watercolor kit, a sketchbook made by hand from my favorite paper.

My blog, Just Sketching, featuring quick sketches of life, can be found at https://justsketches.wordpress.com 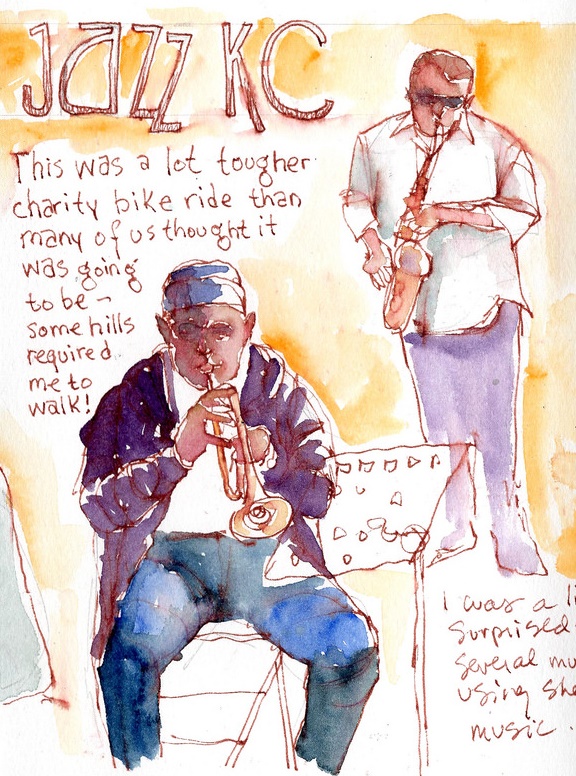 Brent Anderson was born in Lubbock, TX in 1964. Although not formally trained as an artist, he has been an artist all his life. From an early age, he was drawn to art and could always be found creating, building, or drawing something as a child. Brent's creative side comes out in the kitchen as well, where he loves to create and experiment with new dishes. He expressed his passion for art through intricate and detailed drawings of wildlife or outdoor settings. Brent created several drawings on consignment for both individuals and for commercial applications as well. His work can be found hanging in homes across the West Texas area. Brent has been married to his beautiful wife Susan for 26 years, and has three wonderful children. Susan is a cancer survivor and will celebrate 12 years cancer free in February. He founded the 501 (c) 3 non-profit organization: In My Father's Eyes, Inc. in 2014 to bless families of children diagnosed with cancer, or families who have lost children to this horrible disease with framed portraits of these beautiful fighters. In My Father's Eyes provides all of this at no cost to the families. If you would like you can contact Brent here.

Ms. Kutza is an artist residing in New York. She has studied at the Fashion Institute of Technology. Art is her passion.  Her work "Desserts" was inspired by an article she read which stated that drawing comfort foods makes us happier. It is done with acrylics on 400 Series Acrylic paper.