Alan Bean - The Artist on the Moon

Alan Bean is not only a talented artist, but he was also the fourth man to set foot on the moon. As the Lunar Module Pilot of Apollo 12, he's got quite the story to tell: 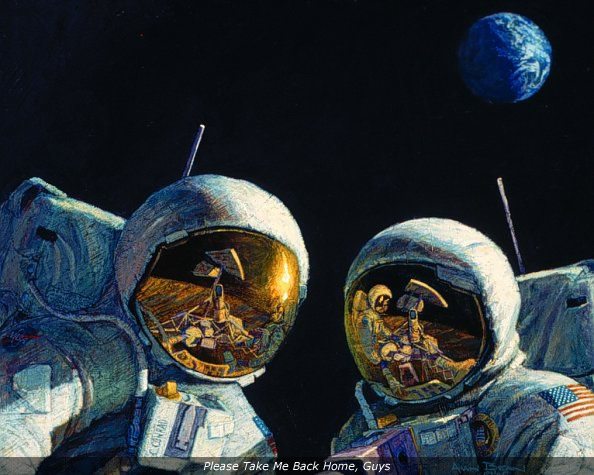 He explored the beautifully desolate landscape of the Ocean of Storms and later, as commander of Skylab Mission II, Alan spent 59 days in orbit around our fragile, blue-and-white Earth.

Alan had been painting earthbound subjects for many years by the time he began training to pilot the space shuttle, but his fellow astronauts convinced him to paint his experiences on the moon.

“You can create the very first paintings in all of history of a place other than our own planet,” they said. “Your paintings will forever be the first paintings of the many other worlds humans will visit as the centuries unfold.”

Because of this unprecedented opportunity and challenge, Alan resigned from NASA in 1981 to devote all of his time and energy to painting.

Over the years, Alan's art has evolved into a mixture of painting and sculpture, textured with lunar tools, sprinkled with bits of Apollo spacecraft and a touch of moon dust. You can see many of Alan Bean's paintings on his site and read more about the space-age techniques and materials used in his work here. 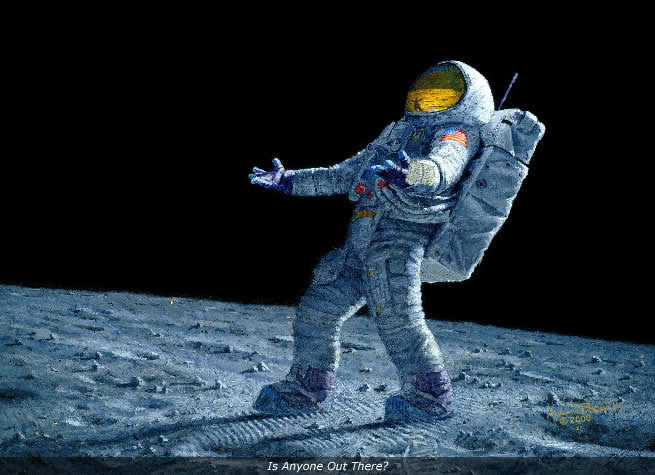